Which Suits You Better? iPad Air or iPad Mini with Retina Display

If you have been wondering which iPad to gift your loved ones this Holiday season, you most certainly have a daunting task at hand with Apple’s iPad Air and iPad Mini with Retina Display getting extremely popular among the masses. Both these tablets have certain features that make them a standout, and at the same time, they also boast of some features that may do you no good. In any case, you must always get into the detailed specifications of these tablets to understand which will suit you most. Since everyone’s requirements are likely to differ, labeling one of these tablets as the best one may not be quite appropriate. Therefore, given below is a detailed account of the specifications of both the iPad Air and the iPad Mini with Retina Display to help you make your decision more wisely. 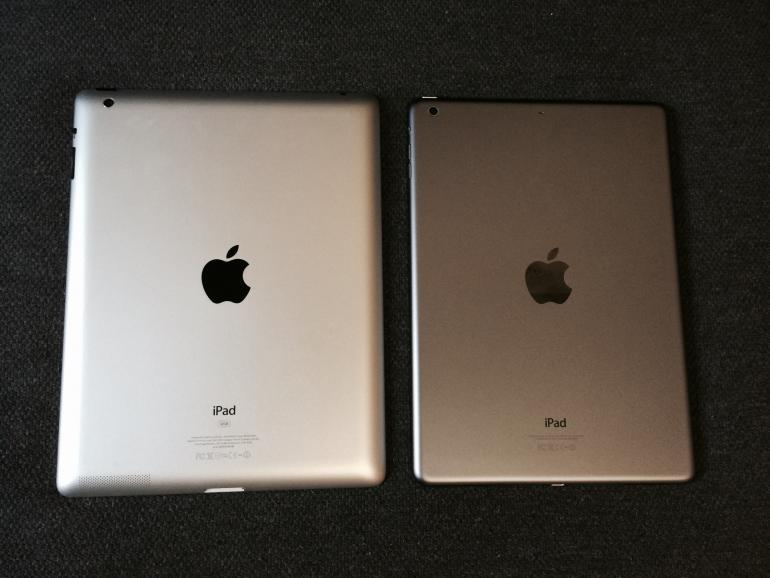 The A 7 ARM Chip is the common factor found in both the iPad Air and the iPad Mini with Retina Display. Besides, this is also the chip that runs the iPhone 5S. One of the best aspects of both these tablets by Apple is that the user gets the most superior computer-like experience thanks to the system that works entirely on a chip customized specifically for Apple. The ARMv8 architecture that these iPads boast of has been designed for Apple, and it is this system offers the 64-bit experience. This system is the most sought after and of the highest quality, and with little changes and optimizations, it has gone ahead to be extremely swift and user-friendly.

One of the most dominating features of the iPad is its magnificent LCD screen that is a cut above the rest. However, the biggest differentiating factor between the iPad Air and iPad Mini with Retina Display is the size of the screens. While the mini stays true to its word with a 7.9-inch display screen, iPad Air goes several notches higher with 9.7-inch screen size. The resolution, however, remains constant in both the iPads, which is a whopping 2048 x 1536. This similarity is mainly the result of Apple introducing the Retina Display feature into the iPad mini. While the resolution is similar, the obvious difference in screen sizes lends a distinct user experience in both cases.

For those who aren’t sold on the iPad Air or Mini or are simply interested in larger-screened tablets, several rumors are floating that Apple is indeed testing larger-screened iPads, but whether something like this makes it to market is another question and a whole new blog post.

Regarding the image quality and the resolution of both the iPad series, the iPad Mini definitely takes the cake with a staggering 326 PPI, short for Pixels per inch. For a tablet, this resolution is definitely quite high, thus ensuring sharp and superior picture quality. On the other hand, the iPad Air may boast a 9.7-inch screen but falls slightly short in the resolution category with a 263 PPI.

It goes without saying that though the iPad Mini’s images are likely to appear sharp and of extremely enhanced quality, the large display screen of the iPad Air makes it increasingly easier for you to access content in a better manner due to the availability of a larger screen size. While both the iPad Mini and iPad Air have the same width of 7.5 mm, there is also not a massive difference in the weight where the iPad Mini weighs 331 grams; the iPad Air is just a tad higher at 469 grams.

Wes Miller is a technology geek and loves to purchase new gadgets. He also writes a blog that specializes in reviewing the latest gadgets that are being launched. He is a photographer by profession.