✕
Sunday, February 5
Home›Mobile›iPad Air vs. Retina iPad Mini: Which tablet is right for you?
Mobile

Apple’s newest iPad, the iPad Air, is finally here — it’s available online and in stores in 42 countries and territories starting today. But before you rush out and order one, remember: this isn’t the only iPad. In late November, the second updated Apple tablet of 2013, the iPad Mini with Retina Display, will be released.

So, which iPad should you get? 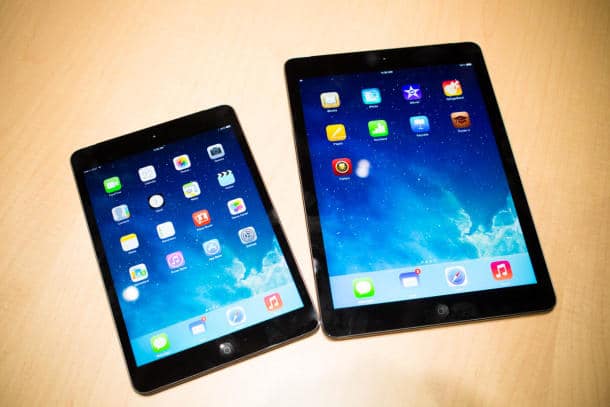 Let’s assume you’re already reading this article because you want to buy a new iPad versus another tablet. Does the decision become this: iPad Air or Retina Mini? Based on what we’ve seen so far, the decision’s never been harder to make. But that’s not necessarily a bad thing.

First off: don’t get the iPad 2

I can make this real easy for you: don’t get the iPad 2. It’s $399 for 16GB of storage. It first came out in March 2011. And, you can buy a far faster, Retina-enabled new iPad Mini for the same price. Last year’s iPad Mini, now at $299, is a more attractive proposition; it also has newer cameras. Keep in mind, though, that the extra $100 should buy you the much better performance to go with that improved screen.